Chidaoba is one of the most important and interesting grappling styles you have never heard of, it has influenced many grappling arts such as Sambo and Judo as well as been the starting point for many Olympic and world champions in Judo, Wrestling and Sambo. Chidaoba is a sport of strength, speed, resilience, skill, power, courage and honour.

Originating from the country of Georgia, a small Caucasian country situated between Europe and Asia with a deep and rich past, Chidaoba is practiced by a majority of the

male population and is even listed by UNESCO on the list of intangible cultural heritage of humanity and is well respected by all levels of Georgian society with many famous Georgian poets, writers, musicians and political figures being inspired by Chidaoba.

A truly historical form of folk wrestling, Chidaoba was first practiced as far back as the 9th century with tales of Georgian knights practicing this grappling art in a chivalrous manner, full of tradition and honour as well it was mandatory for aristocratic warriors of the middle ages to train in the grappling art.  An interesting fact about Chidaoba is the name originally derives from a term meaning – a struggle between a man and a beast – a trite fitting for the nature of this amazing wrestling style and is often referred to as a knightly sport.

What Uniform are Used in Chidaoba

A form of jacket wrestling, Chidaoba wrestlers wear a specific jacket called a “Chokha” which is sleeveless and tied with a belt, are barefoot and wear shorts.

An interesting aspect of the Chokha is that originally the uniform had long sleeves but in the 19th century the sleeves became shorter until in the early 20th century they were completely removed. The shortening of the sleeves and lack of sleeves helped develop the unique techniques and grips that Chidaoba wrestlers also known as “Mochidave” use to throw their opponents.

Where do Chidaoba Matches Occur

Chidaoba matches occur within a “krug” which is a traditional outdoor arena. The match takes place either on grass or a specific type of sand or sawdust as well as in certain circumstances on a wrestling mat. One of the most important aspects of a krug is the presence of musicians playing specific Chidaoba music. In fact music is so important to Chidaoba that the musicians always sit in honoured seating.

The musicians will always play the traditional Gerogian drum which is called a doli as well as they can either play the Gerogian flute – called a zurna and/or the Gerogian bagpipe – called a chiboni. The musicians match the intensity of the Mochidave (wrestlers), so when the match is slow, the music will be slow and when the match is fast paced, the music will be fast paced. The code of conduct is very chivalric and it is not unusual to see Mochidave leave the arena while performing Georgian folk dance.

Chidaoba has such a cultural meaning to Georgia that it is not uncommon to have Chidaoba matches at religious and celebratory events. It truly is part of the Georgian identity.

What are The Rules of Chidaoba

Chidaoba matches last 5 minutes of which there are no unnecessary referee stops and within the time limit a wrestler needs to grab the opponent and throw them to the ground. A throw where the opponent lands cleanly on their back and both shoulder blades indicates an immediate victory – much like an ippon in Judo. In the case there is no clear winner the better of the 2 wrestlers will be awarded what is called a half-victory.

Wrestlers can use any and all grips on the jacket and belt, they can use any type of trip, foot sweep, hook and throw where there are points awarded for throws.

Joint manipulation, pain compliance and any type of choke or type of suffocation techniques are strictly forbidden as well as wrestlers cannot touch their own feet. Athletes may not touch another athlete when the opponent is kneeled down, pushing an opponent aggressively is forbidden and lastly you are not allowed to run away from an opponent (no passivity allowed).

The main focus of Chidaoba is the takedown and there is no ground fighting allowed whatsoever, once an opponent lands from a thrown or touches a knee to the ground, the match pauses and is restarted standing unless there was a clear victory.

It must be noted that in some smaller rural Georgian regions that if an athlete’s knee touches the ground, they automatically lose the match. This specific rule can be accredited to the fact that Georgian culture holds steady the belief that a true Georgian will never kneel in combat.

Generally speaking, there are many groups of Chidaoba techniques such as techniques for when an opponent is turning position, when holding the neck, when holding the hip, types of advanced trips, when one or both wrestlers are in a squat position and many types of grips off the opponents back and belt.

The Russian art of Sambo has an incredibly heavy influence from Chidaoba, specifically in relation to throws, trips and foot sweeps. The founders of Sambo added many Turkic and Soviet folkstyle wrestling styles into Sambo and they were so impressed with Chidaoba that within their crediting of styles that they pulled inspiration from they listed Chidaoba as number one.

Chidaoba has such a technical effect on Sambo that when the first Soviet state Sambo course was being held for the police, the author of the course – Vladimir Volkov – devoted an entire chapter to the styles that they pulled techniques from and specifically stated that in terms of its technique and simplicity, Chidaoba was the best. Volkov even mentioned that the trips taken from Chidaoba were much superior to those taken from Judo.

Of all the techniques that Sambo took from Chidaoba, the most important and influential are the non-sleeve gripping techniques, especially the grip known simply as the Georgian grip. These grips are extremely dominant when performed correctly and have shown to be very effective in competition.

Georgia is one of the top judo nations, producing world class talent every year. Georgia was also one of the most represented republics of the USSR in Judo during the Soviet Olympic years. Every Georgian Judo champion has stated that what makes Georgian Judo so dominant on the global stage is that most judokas came from a Chidaoba background and that 90% of many Georgian Judoka’s techniques come from Chidaoba.

Arguably one of the most famous Georgian Judokas and former Olympic Judo champion front he 1980 Moscow olympics, Shota Khabareli, credited a huge part of his success to Chidaoba as well as claims that Chidaoba expresses the true essence of Georgian knighthood and had a direct impact on the courageous nature of Georgian society.

Kharabeli is best known for his successful use of the obi tori gaeshi throw, which he used to use off the well known Georgian grip. In fact, Kharabeli used this specific grip and throw so successfully that it is often referred to as the Georgian lift and even sometimes simply called the “Kharabeli”.

Chidaobas unorthodox grips have made Georgians a true force to be reckoned with as many other nations are simply not used to dealing and countering the Chidaoba influenced grips and throws. Add on top the physical strength, tenacity and resilience of the Georgian character and you have an incredible dangerous Judoka.

Another huge advantage that the Georgia Judo team has is the fact that there are hundreds of thousands of men practicing Chidaoba, due to this fact, the Georgians have an incredibly deep, knowledgeable and experienced pool of talent to draw from when looking for athletes to join Georgia’s judo program.

Although Chidaoba is a jacket wrestling style, it has influenced Georgian wrestling, especially in terms of upper body grip fighting. The Chidaoba jacket has no arms, so in order to grip the arm, a wrestler needs to deal with the same grips and positions that a Greco Roman or Freestyle wrestler would use, such positions as a russian tie, arm drag, Russian tie and underhook.

If you add the fact that grabbing the legs is not allowed while at the same time, the use of big throws can commonly be seen in Chidaoba competitions, one can see the direct relation to the attributes and unique style that Georgian Greco and Freestyle wrestlers use to dominate the competition.

Georgia is an amazing country with amazing people. The Georgian people are strong, passionate, warm and resilient. This can be seen in Chidaoba, a truly amazing wrestling style that has truly influenced modern grappling arts with it’s wonderful grips and techniques.

There is a Chidaoba saying that truly embodies the essence of the art and it goes like this:

“Stand tall, treat your opponent with respect and conduct yourself with dignity”

This saying is the true embodiment of Chidaoba as an art and its connection with the Georgian people as in the end of the day, Chidaoba is much more than a wrestling style, it is the essence of a people. 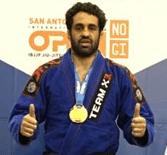 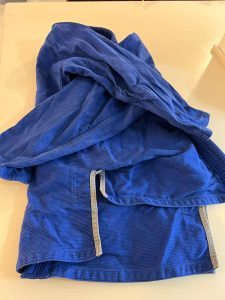 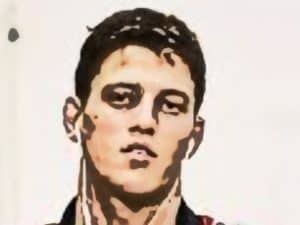